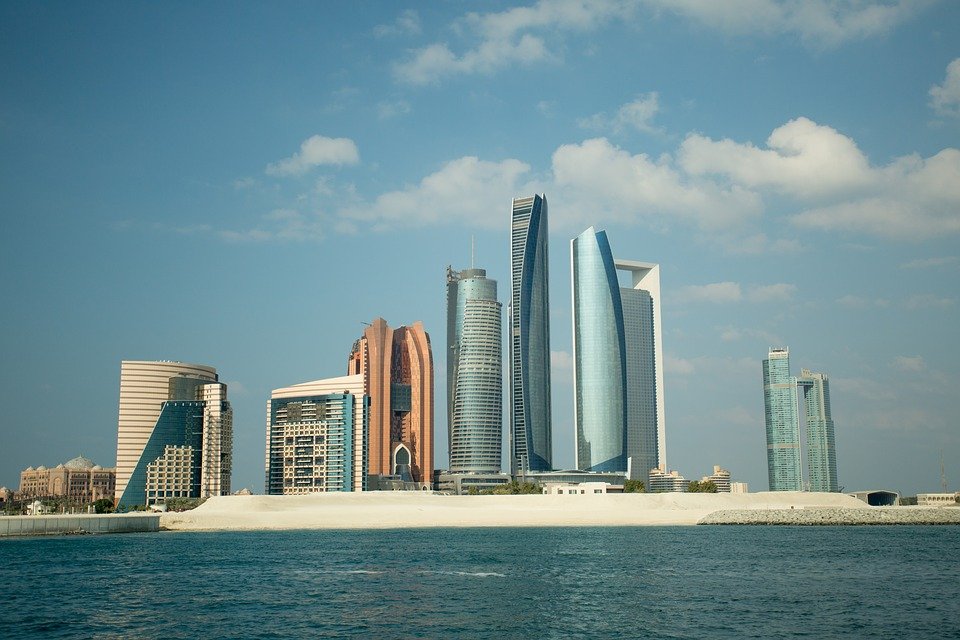 What’s happening? A solar-powered project is being tested in the United Arab Emirates that could potentially generate “endless” quantities of clean drinking water from air. To be installed in Masdar City, a low-carbon eco-city in Abu Dhabi, a modified shipping crate will become the world’s first-ever carbon-neutral “water generator”, producing water by condensing molecules under their dew point, in a similar fashion to dehumidifiers. The generator is in production in Madison, Wisconsin by developer Aquovum. Around 2.2 billion people lack clean and safe drinking water across the world. (The Times)

Hang on… what’s happening? Yes, you read that right. Powered by solar panels, a group of 20 “hyper-dehumidifiers” are planned to suck humid air from their surroundings and turn it into water. Under local temperatures of around 26C and humidity at 60% (or potentially more), the generators could produce a total 6,700 litres of clean water each day. The system collects air, which is then cooled down using a liquid coolant until it reaches its dew point. This condenses water molecules which are ready for consumption after purification.

Why does this matter? Not to state the obvious, but clean water is essential to sustaining life on Earth. As climate change and poor water management practices continue to drive water stress and dry conditions in many regions, finding ways to procure a potentially endless supply of clean water in desert and arid landscapes is somewhat of a panacea. The project will be the world’s first to generate a large-scale water supply from a renewable source, says its developers.

The Middle East is the world’s most water-stressed region. Most countries within the region are already facing water scarcity levels over 80% – across the UAE, just 1.2mm of rainfall was recorded during the first quarter of 2021. Economically, financial losses from poor water management could cost the region around 6% of its GDP by 2050, according to a report. The above project will contribute to the UAE Water Security Strategy 2036, an agenda aiming to combat regional water scarcity and ensure sustainable access to water.

Making the most of sunshine, where water is lacking – Other solar-based solutions are being explored to bolster water security. Two French start-ups are looking to commercialise their approach of using photovoltaic-powered technology to offer drinking water in isolated areas. Solar-powered desalination has even been used to further conservation efforts, such as Hawaii-based Terraformation’s plans to boost reforestation across three billion acres of land using desalinated water. Desalination is being employed in Cape Town alongside improvements to water infrastructure in attempts to avoid experiencing more “Day Zero” droughts such as the one faced in 2018 – which saw the city nearly run out of water – a threat other countries are prone to, including Morocco, India and Iraq.

There is one point to note – Desalination can be energy-intensive and also carries a substantial water cost, due to the wet cooling methods employed to maintain temperatures within desalination plants. Additionally, the practice can result in excessive amounts of brine – posing its own risks in harming marine life and ecosystems.

In this sense, pulling fresh water directly out of the air using the sun’s energy could have distinct advantages.