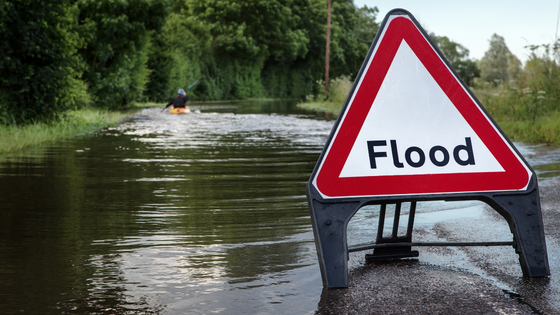 Catastrophe reinsurance industry suffers from another year of extreme weather

What’s happening? Extreme weather events have led to $115bn in insured losses from natural catastrophes in 2022 so far, far surpassing the $81bn 10-year average, according to Swiss Re. It is the second year in a row to see insured losses total more than $100bn and continues a trend of a 5% to 7% annual increase in losses over the past decade. (Swiss Re)

Why does this matter? The global economic impact of extreme weather in 2022 has been significant – a series of natural disasters linked to climate change has caused an estimated £200bn ($227bn) in damages so far, more than the GDP of Greece, according to a report by UK reinsurance broker Aon.

Storm Eunice was the most costly disaster in the UK causing around £550m of damages to buildings and infrastructure. Globally, the costliest disaster in 2022 was Hurricane Ian, contributing “in the high tens of billions” to the $200bn estimate, the report said. Analysts from Verisk estimate insured losses from Ian’s flooding could range between $42-57bn, while others have said that total economic costs could reach $67bn.

The impact of Hurricane Ian – The Hurricane had a significant impact on Florida’s insurance market, which was already unstable. Some analysts have warned that the excessive costs from Hurricane Ian could cause insurers to either avoid the Florida property market or charge extremely high premiums to homeowners.

Reinsurers carry the burden – Many Florida insurers have a strong reliance on reinsurers, which is why some property insurers expect reinsurers to carry most of the burden from Ian. The insurer Allstate has said it anticipates to recover 45% of its $671m in losses from reinsurers, while The Progressive Corporation said that $1.2bn of its $1.4bn in property losses from Ian will be absorbed by its reinsurance programme.

In a report from October which said that reinsurers will suffer large losses from Hurricane Ian, Moody’s also mentioned how several reinsurers have been reducing their exposure to Florida over recent years. The reinsurer Swiss Re estimated its preliminary claims from Hurricane Ian to be around $1.3bn.

Climate change intensifies hurricanes – Climate scientists have presented evidence that these significant losses can be attributed to climate change – US researchers said that the rainfall from Hurricane Ian was 10-14% heavier due to human-induced global warming. As global air temperatures rise, the atmosphere can hold more moisture, increasing the amount of rainfall from storms.

FitchRatings has said it expects reinsurance rates for property catastrophe business to rise by more than 10% in 2023, driven largely by the increasing frequency of natural catastrophe claims. The regions most affected by natural disasters in 2022, such as Australia and Florida, will see the highest price rises, Fitch said.

What does the future look like? Fitch expects ESG issues to play a greater role in insurance industry decision-making as they become more important to stakeholders. Meanwhile, Aon recently acquired ERN (Evaluación de Riesgos Naturales), a leader in risk assessment modelling based in Mexico, to help expand its catastrophe modelling capabilities in Latin America.

More broadly, a report from Capgemini and Efma in May said that while insured losses from natural catastrophes have risen 250% over the past 30 years, just 8% of insurers are adequately prepared for the impacts of climate change. The Bank of England’s climate stress test earlier this year estimated that UK insurance companies and banks stand to lose £334bn ($420bn) in climate change-related defaults and legal action by 2050.