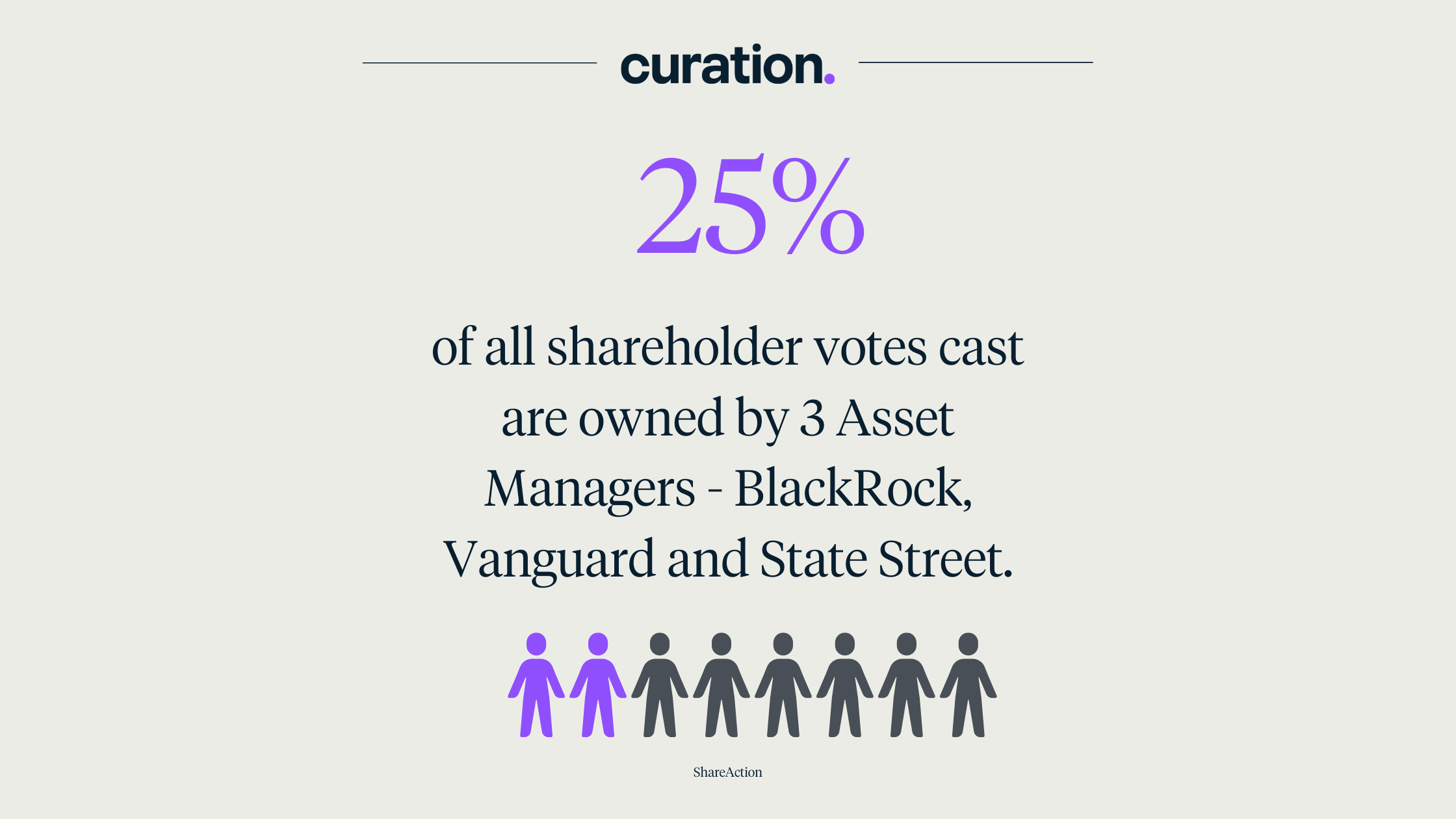 What’s happening? Shareholder resolutions aimed at preventing Citi, Bank of America and Wells Fargo from investing in new fossil fuel projects received modest support at recent company meetings. Less than 13% of Citi shareholders supported such a proposal with under 11% giving their backing at the other two banks. The proposals were seen as a litmus test for similar votes expected to be held at other forthcoming AGMs. Sierra Club, which sponsored some resolutions, said the outcome was “decent” considering the large-scale changes being demanded. Representatives for major fund shops Vanguard and BlackRock declined to say which way they voted. (Reuters)

Why does this matter? Major banks have previously pledged to align their financing with reaching net zero by 2050. However, many of these continue to finance fossil fuel projects. Activist investors such as Sierra Club want to see the policies that will help achieve the net-zero targets, and are likely to continue to sponsor resolutions like those mentioned above.

Why did the resolutions not pass? Because of a number of potential factors. The current uncertainty in oil markets resulting from the Ukraine war, and investors concerned about their bottom line, for example, may make short-term support for climate resolutions less likely.

Additionally, the climate resolutions called on each of the banks to adopt measures to ensure their lending does not contribute to new fossil fuel development. This is a more demanding request than climate activist investors have made in past resolutions, most of which have requested additional disclosures or stronger climate goals rather than specific policies. The tougher approach could be a reason behind the low support the resolutions received.

Even Engine No. 1, the hedge fund which successfully ousted three members of ExxonMobil’s board last year, did not support the climate resolutions and said the proposals did not allow adequate flexibility for banks to finance the energy transition.

Little support from the largest money managers – While the largest money managers, BlackRock, Vanguard and State Street, have not revealed how they voted, the vote totals suggest they did not support the initiatives. Vanguard and BlackRock combined own more than 16% of Citi’s shares, therefore getting their support would be key in passing any climate resolutions. However, the resolutions did receive support from the $280bn New York State Common Retirement Fund.

The large asset managers have previously come under criticism from ShareAction over their lack of support for ESG shareholder proposals. ShareAction said that BlackRock, Vanguard and State Street are responsible for 25% of all shareholder votes cast, and that 18 additional ESG resolutions last year could have passed if one or more of them voted in favour of them.

BlackRock has recently said it will not support most climate shareholder resolutions this year due to many of them becoming too prescriptive on management or not relevant to the pursuit of long-term shareholder value. It has said, however, it will continue to support resolutions focused on the long term, such as those improving disclosures or mandating companies to adopt transition plans.

The banks all told shareholders to reject climate resolutions, and investors listened with not a single resolution being passed. One such proposal, filed by Investors for Paris Compliance at RBC, aimed to prevent the bank from lending to fossil fuel companies under the label “sustainable finance”. The resolution failed with just 9% of shareholders voting in favour.

Further thought – It’s been argued large asset managers may have a weak incentive to vote on any resolutions since the revenues they can take from lending shares is greater than any potential increase in the value of its portfolio companies via voting, according to Joshua Mitts, associate professor of law at Columbia Law School. BlackRock, for example, generally has roughly $240bn of its index equity assets being lent.