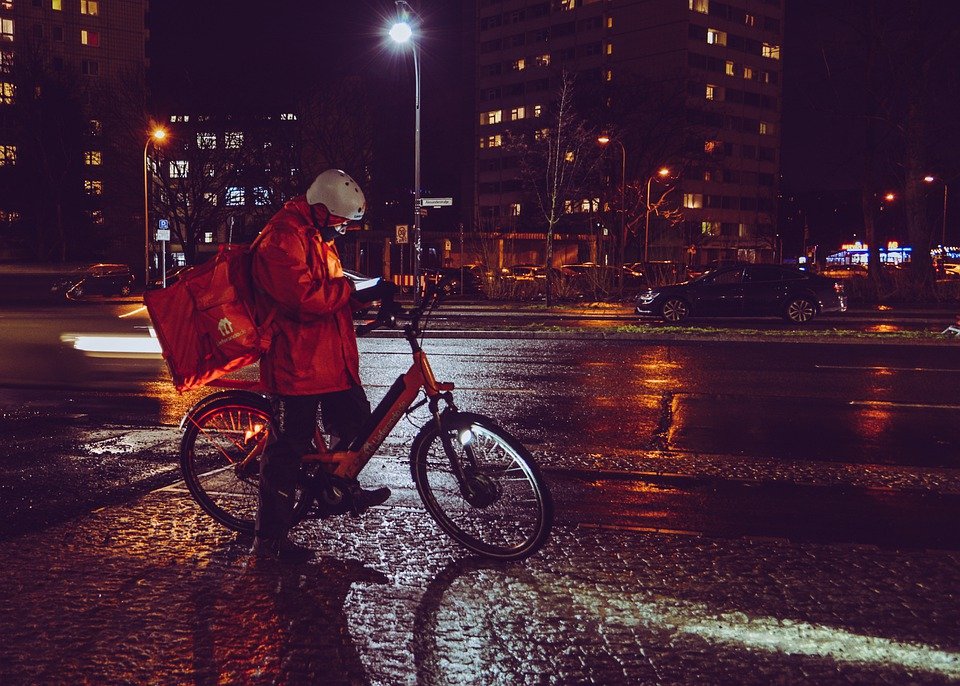 What’s happening? Turkish firm Bizero is piloting delivery robots as a way of preventing delivery driver deaths. In Istanbul, 75 of the 103 motorcyclists who have died in accidents since February 2020 have been delivery drivers. Bizero’s robots are semi-autonomous, requiring a human to plot the route in advance. This means some drivers can take on roles controlling the robots, the firm said. (The Spoon)

The broader context – The coronavirus pandemic has caused a surge in demand for online orders. Delivery firms have experienced significant growth and are expanding beyond restaurants to serve businesses such as convenience stores.

A worrying global trend – Delivery worker deaths are a tragedy affecting multiple territories. Unions in South Korea, for example, are calling for change after the deaths of over a dozen delivery drivers due to overworking. Meanwhile, in New South Wales, Australia, a taskforce has been assembled to investigate the gig economy after five deaths were reported within just two months. Food delivery firm Hungry Panda failed to report the death of one of its riders to the state’s regulator, claiming it was unaware of its requirement to do so.

Limited workers’ rights – In New South Wales, dependents are entitled to $834,200 and weekly payments after a death in the workplace, however, this scheme is not available to independent contractors in the same way. For independent workers, it depends on the contracts and insurance supplied by the company.

Improved worker rights are an ongoing battle within the gig economy. It has been argued that, by categorising delivery workers as independent contractors, companies are neglecting health and safety obligations. The absence of a minimum wage can also pressure riders to take risks to secure a living income.

Solution one: upskilling potential – Introducing delivery robots could be a solution for limiting the number of road accidents. It could, however, also spark concerns over job security. Bizero’s initiative is worth noting because humans are still required to program delivery routes, suggesting an opportunity for retraining. Elsewhere, food delivery firm Foodpanda is promoting upskilling by developing an e-portal in partnership with Gnowbe and Temasek Polytechnic.

Solution two: Smarter, greener cities – If societies are growing more dependent on delivery services, governments will have a responsibility to ensure working environments – especially inner cities – adapt to protect workers. Cycle lanes could be one solution with the increase in remote working potentially reducing traffic and making the prospect of re-allocating road space more realistic.

The development of AI technologies to enable smarter and more connected cities could also present a solution. AI-enabled traffic management systems such as NoTraffic can autonomously optimise traffic flow to prevent accidents while also reducing emissions, another harmful side-effect for delivery workers.