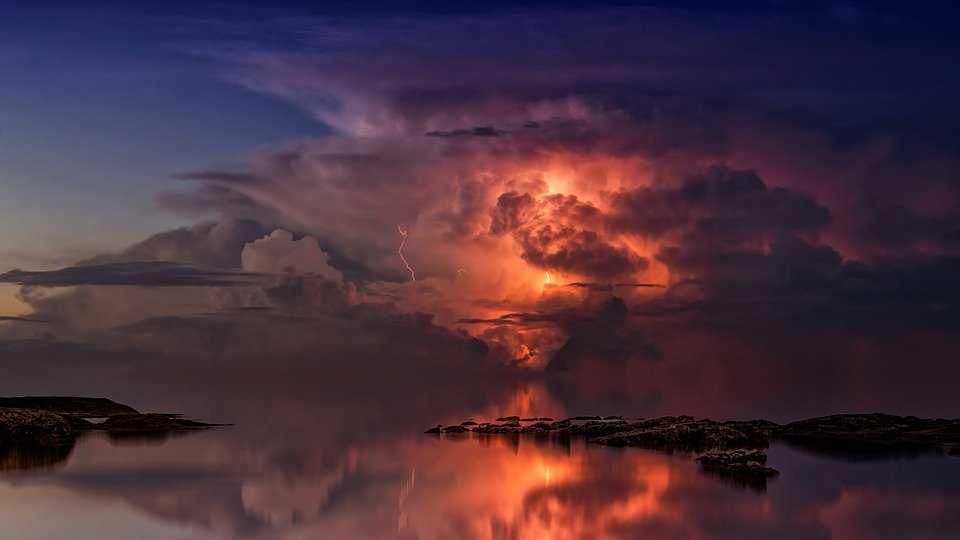 Is the world becoming more uninsurable?

On Valentine’s Day 2021, President Biden declared a state of emergency in Texas(1). Severe winter storms from the February polar vortex brought record lows across the state. Dallas, for example, experienced its coldest temperature since 1930 at two degrees Fahrenheit (-16 degrees Celsius)(2). This led to power outages which, at their peak, resulted in at least 4.5 million Texas residents losing electricity.

As of end of April 2021, Jefferies analysts(3) estimate that the US winter weather insurance and reinsurance market losses were $21.4bn, with almost three-quarters of that incurred due to the February polar vortex.

Australian bushfires, devastating floods in Indonesia, record-breaking hurricanes in the US, earthquakes, locust plagues and floods. Seemingly the only thing missing is the Nile turning into blood – although Antarctica’s snow is turning green thanks to climate change(4).

In 2020, insurance industry losses from natural catastrophes and man-made disasters globally amounted to $83bn, making it the fifth-costliest year for the industry since 1970(5).

That doesn’t take into account the impact from the Covid-19 pandemic(6). Additionally, with the re-emergence of epidemic potential diseases and the looming threat of antimicrobial resistance, are so-called Black Swan events(7) becoming more common place? Is the world becoming increasingly uninsurable? Where do insurance companies go from here?

Let’s first take a step back and look at how the insurance business model works. How do these companies make money?

All activities have some level of risk. The risk is that if something goes wrong, one incurs a cost. If the risk is low, or the potential cost is low, one might just wear that risk, but most would rather pay someone to take that risk on for them. Insurance companies take on risk from lots of people and organisations into a pool in return for payment (premiums). So long as the majority of risks do not materialise and result in a payout, they make money. In addition, the premiums are also invested to make a return, ideally ensuring that there is adequate money available to cover eventualities. Uninsurable risks are those that would result in payouts so large that they could bring down an insurance pool(8).

So can insurance companies reduce risk to potentially make the “uninsurable” insurable?

Offloading risk comes in three forms, all of which are commonplace. The first form is reinsurance, where an insurance company offloads some of its risk (buying its own insurance!) either at a category level or individual specific items. Secondly, catastrophe bonds (and other alternative risk financing tools) effectively offload the risk to bond investors. The final form is more of an offload by default where the government takes on the role of insurer of last resort to protect the broader population and provide nationwide stability. A March 2020 UK Government report(9) identified objectives to “ensure that the government fully understands the risks that it is exposed to and is well prepared to respond if that risk materialises.”

Understanding the risk, and therefore being able to price it appropriately, can also be the difference between actively missing out on an insurable opportunity or overpricing and losing out on business to competitors. One of the objectives from the UK Government report is to “improve the expertise in the government to quantify and price risk.” Telematics have enabled insurance companies to assess risk in a more granular fashion for commercial logistics(10) while also identifying actual behaviour real-time for car drivers – the so-called black-box insurance(11).

However, as well as understanding risk better, insurance companies can directly intervene in an activity, thereby actively reducing the risk of the event being insured happening. For example, Volante Global, which provides cyber insurance,  recently launched a ransomware technology product(12) to help protect its customers but also actively reduces the risk of a payout on the policy.

Finally, the insurance industry can play a longer-term role in reducing catastrophe risk by influencing decisions that have a macro effect. The Adani Carmichael coal mine in Central Queensland, a high-quality thermal coal mine with a potential 10 million-tonne per annum output, has drawn controversy for a number of reasons, including native title and environmental concerns. At the end of April, Arch Capital Group announced it was ruling out underwriting the mine. MS Amlin did the same earlier in the month, followed by Tokio Marine Kiln, a Lloyd’s of London syndicate, announcing it would not be providing any future underwriting at the facility.(13)(14)(15)(16)

So, offload, assess, intervene and influence.

Even as the effects of climate change and other unknowns, such as antimicrobial resistance, raise overall riskiness, the insurance industry has a number of tools to be able to offload, assess, intervene and influence action in order to reduce near term and longer-term risk exposure and make the “uninsurable” insurable

This was first published as a guest blog