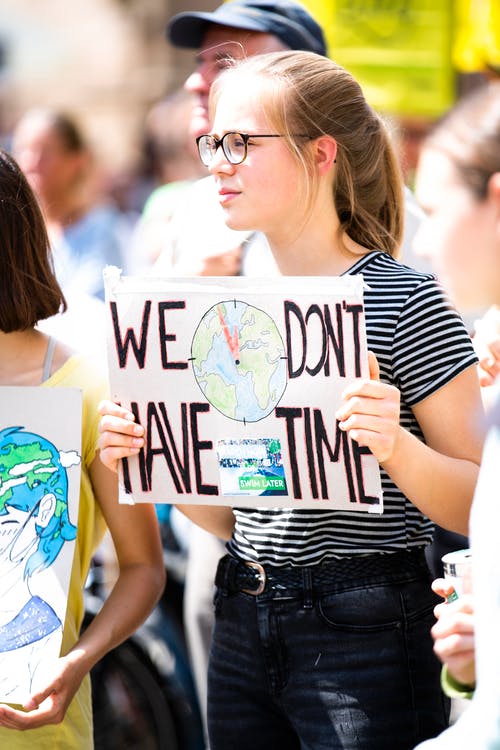 What’s happening? Female climate activists are targeted with misogynistic comments, and experience more intense abuse than their male counterparts online. Women in this field have reported receiving disparaging comments about their appearance and threats of sexual violence on social media sites like Facebook, while also being treated with condescension about their expertise. (Chatelaine)

First things first – This story illustrates is a barrier that many professional women experience: a perceived lack of credibility and authority – particularly in STEM (science, technology, engineering and maths) areas – from audiences who are seemingly programmed to believe that being a woman makes your opinion, and even qualified expertise invalid, or even worse, secondary to that of any man.

Needless to say, it is also an example of some of the horrific ways in which women are targeted online and subjected to abuse.

Why does this matter? In addition to demonstrating how much work is still needed around gender equality, the effects of sexism and misogyny have wider-reaching impacts beyond gender dynamics, which could exacerbate the danger of the world’s most pressing and immediate concern – climate change.

If audiences dismiss and seek to discredit women, even those that are subject experts, they aren’t absorbing the important information they are trying to disseminate – in the above case sentiment or critical information on the climate crisis.

How long should we expect women to put up with abuse and continue putting their own mental health and safety on the line? And what do we lose in terms of valuable minds and voices when we allow women to be treated this way?

Not only online trolls – The issue isn’t just confined to social media. Amid more employees working from home, one study has noted how it remains difficult for women to speak up during video calls and meetings because gender biases are still controlling social interaction, and women are systematically considered less authoritative.

How can it be fixed? Not easily, but change can be implemented at many different levels to get the process started. The ultimate change needs to be a behavioural one, defusing the language used regarding, and treatment of, women, to make space for more respect and productive conversation.

On a larger scale, institutions – like workplaces – have the opportunity to increase opportunity for women through conscious engagement with the experiences women have at work and definitive action.

Women need to be given access to the same resources, treatment and professional respect historically given to men in those same roles. Everyone will be a net beneficiary of such steps.