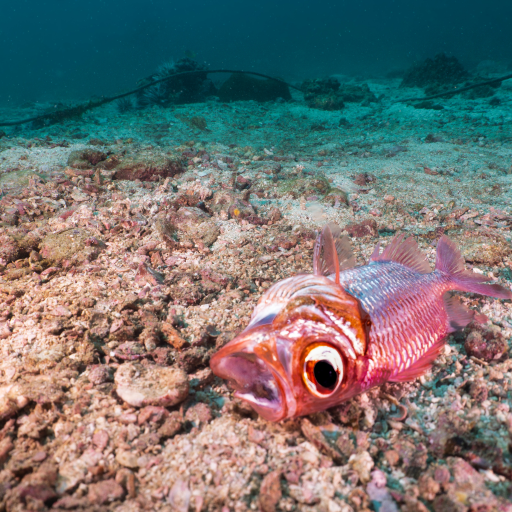 Our oceans are dying – literally. What can we do about it?

What’s happening? A global system to track oxygen loss from parts of the ocean and coastal waters that results in dead zones should be introduced as a matter of urgency, according to a team of 57 scientists from 45 institutions across 22 countries. The researchers claim that such a system could help protect ecosystems including coral reefs and fisheries across the planet. (Frontiers in Marine Science)

Why does this matter? The oceans are the planet’s life support system. They help regulate our climate, support the livelihoods of more than three billion people and are the main source of protein for over 50% of the populations in low-income countries. But just like us they need oxygen to thrive, which is becoming an increasingly scarce commodity.

What are dead zones? Dead zones, also called hypoxic events, are not exactly a new phenomenon – they’ve been forming for more than a million years. But that doesn’t make them any less scary. Dead zones are underwater areas where oxygen levels are reduced to less than two milligrams of dissolved oxygen per litre, creating conditions that make it impossible for most species to survive. While fast-swimming fish can flee, many other animals and plants are not so lucky, turning these zones into massive underwater graveyards.

Recent trends – Human activities have increased the extent and duration of dead zones since the 20th century. Globally, their size has quadrupled since the 1950s, with a tenfold increase in coastal regions. By 2100, scientists expect a 3-6% decrease in ocean oxygen levels. But dead zones are not just occurring in the oceans. In fact, the rate of oxygen loss in lakes is between three and nine times higher. One example is the Great Lakes, where seasonal dead zones have become larger in recent years, leading to biodiversity loss and lower fishing yields.

Why does this happen? Hypoxic zones are proliferating because of two factors: climate change and pollution. When water warms, it holds less oxygen and forms warm layers at the top, effectively preventing the circulation of oxygen between upper and lower areas. Moreover, high temperatures accelerate metabolic rates so that more oxygen is consumed by marine species. Nutrient run-off from land – for example, in the form of fertiliser, animal waste or sewage – exacerbates the problem further by spurring massive algae blooms. When these organisms die, they sink to the bottom, where decomposition processes use up large amounts of oxygen (and emit further greenhouse gases along the way).

Impacts – Hypoxic events are having profound impacts on ecosystems, coastal communities and the economy. Low oxygen levels lead to reduced fish growth, impaired fertility and behaviour changes such as migration to new habitats, which can make species more vulnerable to predators. In the Gulf of Mexico, where more than four million acres were declared dead in 2021, the damages to fishers and habitats accumulate to $2.4bn dollars every year.

What can be done? Along with better monitoring, it is essential to address the root causes of dead zones by reducing carbon emissions and preventing pollution. In the short run, seaweed aquaculture can also help. According to researchers, offshore seaweed farms reduce nitrogen levels in the water and prevent toxic algae blooms while also delivering food, animal feed and natural fertiliser. Start-ups such as SOS Carbon or C-Combinator are already working on solutions in this area.