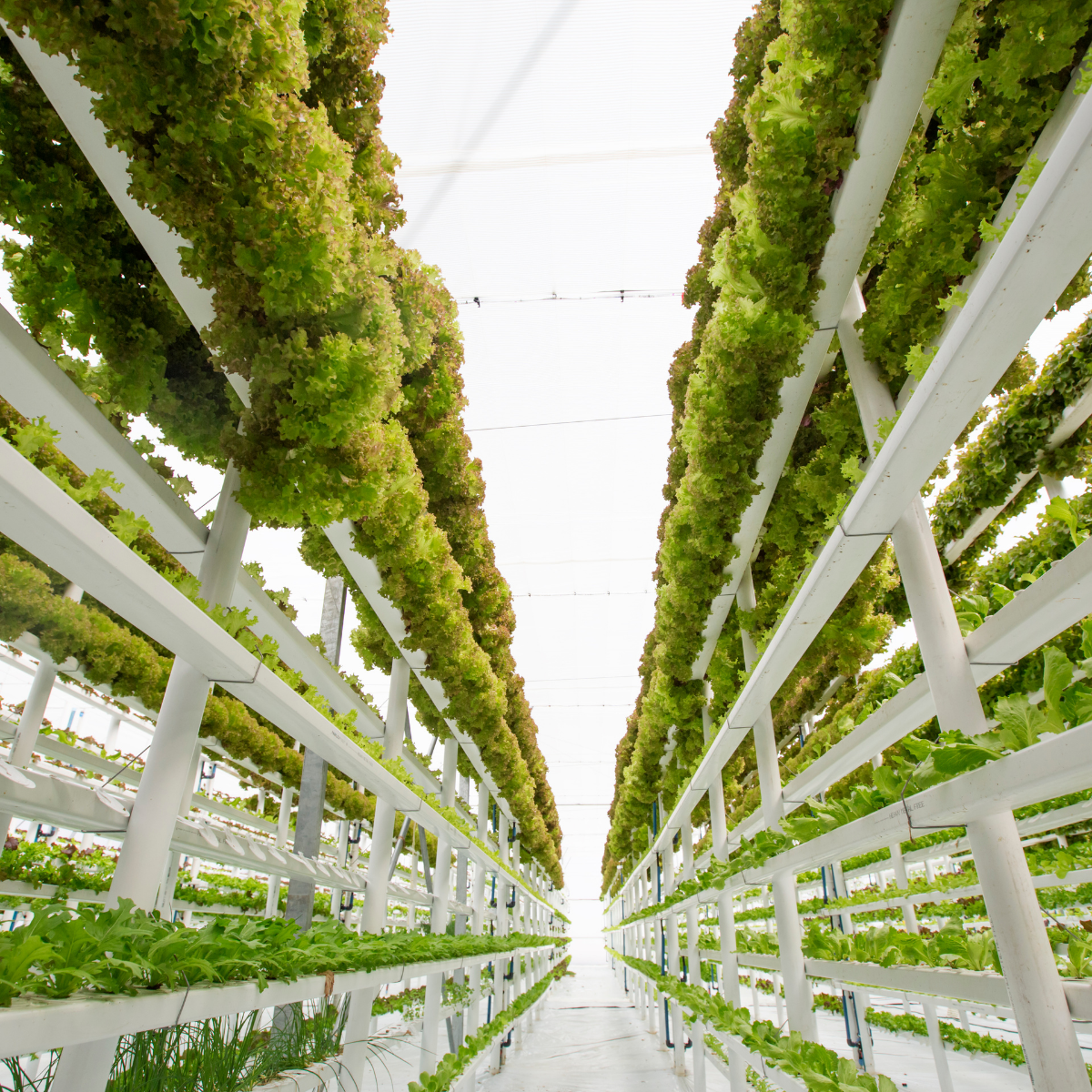 Vertical farming is on the rise

What’s happening? Infarm is building its second UK Growing Centre, which it claims will be among Europe’s largest with more than 9,760 sq m of space. The site will be located in Bedford, with its first crops of herbs and salads expected in Q4 2021. Infarm plans to construct 100 centres in major cities globally by 2025. (The Grocer)

Why does this matter? Imagine walking into a supermarket in February and being able to choose from a wide range of organic, locally grown herbs, fruits and vegetables. That’s exactly what big vertical farming companies like AeroFarms and Infarm are promising. But is it too good to be true?

What is vertical farming? Vertical farming is a form of controlled environment agriculture designed to grow foods on vertically stacked surfaces inside buildings, warehouses or shipping containers. There are three main growing techniques: hydroponics, aquaponics and aeroponics. The most common form is hydroponics, which requires no soil and submerges plant roots in a liquid nutrient solution.

Aquaponics refers to a closed-loop system combining hydroponic agriculture and indoor aquaculture. Wastewater from the fish provides nutrients for the plants, which also act as a natural filter so that the water gets recycled and returned to the pools.

The last method is aeroponics, which was advanced by NASA in the 1990s to explore ways of growing food in space. Aeroponics requires neither water nor soil. Instead, plants are put in foam structures so that their roots are exposed to a nutritious mist.

The benefits – Vertical farms use automated, AI-based systems to control everything from light to temperature, nutrients and humidity. This is said to have numerous benefits over traditional farming.

AeroFarms claims its technology uses up to 95% less water while achieving up to 390% greater productivity per square foot and using no pesticides. Growing food in a controlled environment independent of weather and seasons – and in close proximity to urban centres – also comes with greater yield predictability and lower emissions from transportation.

The challenges –Energy consumption is still a problem for these facilities, accounting for about 25% of operational costs. As a result, a study by WWF found that traditionally grown lettuce in the US actually has a lower lifecycle climate impact than lettuce from vertical farming systems. Costs and energy use also limit the types of crops that can be grown at a profit to fast-growing ones such as herbs and salad greens.

A small but growing market – The vertical farming market might be small – but it is growing fast. Since 2014, the sector has attracted $1.8bn in investments and annual sales are expected to double from $700m to $1.5bn by 2030. In addition to its Bedford facility, Infarm is already selling produce in more than 10 countries and has deals with Metro, Marks & Spencer and Amazon Fresh.